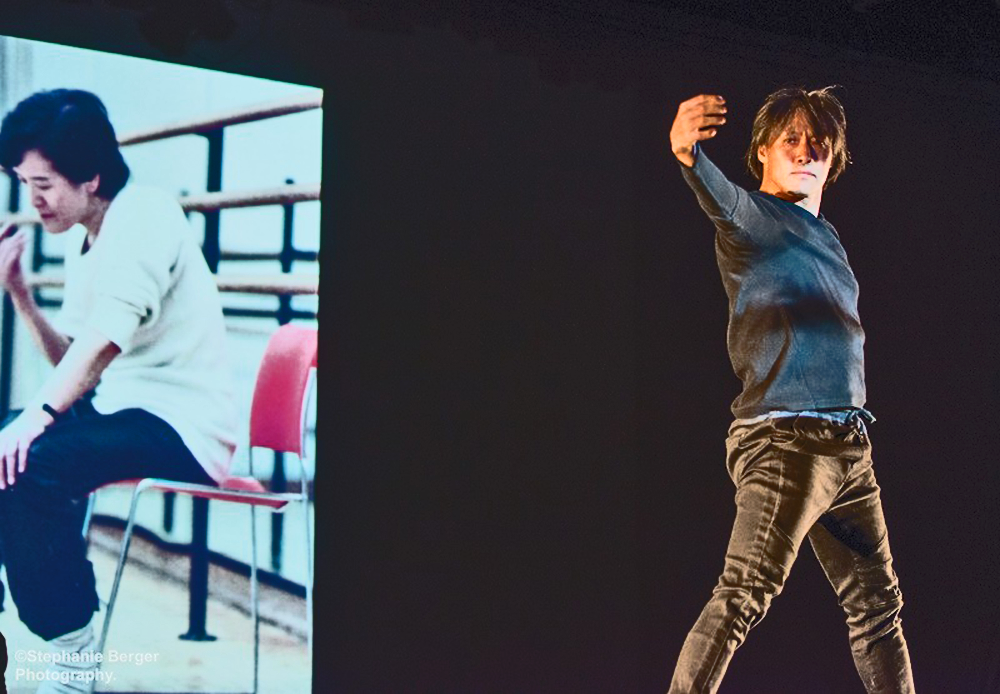 Takehiro Ueyama is without restraint, a choreographer, dancer, and artist that I long to see more as he grows and matures. If he is producing work such as this still so early in his career, what will he give in 5 years, 10 years, 20 years.
I hope I am there to witness it!
– NYC Dance Stuff

Born and raised in Tokyo, Japan, Takehiro “Take” Ueyama moved to the United States in 1991 to study dance at the Juilliard School in New York City. Upon graduation, he was invited to join the Paul Taylor Dance Company, touring the world with them for 8 years.

In 2003 Ueyama debuted his first choreographic work, Tsubasa, performed with fellow Taylor dancers at the McKenna Theatre at SUNY New Paltz, NY, and in 2005 founded TAKE Dance. He has performed repeatedly as a guest artist with with Kazuko Hirabayashi Dance Theatre. His television and film credits include PBS’s Dance in America series (with the Taylor Company), Acts of Ardor, and Dancemaker, a film by dancer/choreographer Matthew Diamond.

Having been a baseball player in Japan before fully committing to dance, Ueyama’s work blends both eastern and western sensibilities. Containing both powerful athleticism, as well as traces of his Japanese heritage by employing delicate gestures, his repertoire has been inspired by the beauty in nature, the duality of darkness and light in the universal human condition and the humanity and compassion in day-to-day living. These elements, combined with his various partnerships and collaborations with artists of other genres, lend diversity to movement, music and subject matter. Described as both sensitive and exciting, Ueyama’s choreography ensures a place for the heart on any stage it appears, a feast for the eyes, mind and soul; it is uniquely, “TAKE”.

In 2005 Ueyama’s ‘s work, Sakura Sakura was a prizewinner at the International Modern Dance Choreographic Competition in Spain, and he was one of four choreographers selected for 2006 Free to Rep at FSU’s Maggie Allesee National Center for Choreography. In 2010 he was the first choreographer to win the S & R Foundation’s prestigious Washington Award. Ueyama received the 2015 Jadin Wong Award for Emerging Asian American choreographer by Asian American Arts Alliance.